„Lifeforms may not have become the prototype for London’s future sound, but it is still one of the strongest records to come out of the 90s.

Despite all the efforts of British duo Garry Cobain and Brian Dougans (read: no less than thirty albums under twenty-five different aliases), the electronica they envisioned as London’s future sound over the past twenty-one years never exactly transitioned into the city’s present sound. But it’s been a fantastic run all the same, even if the duo has been focusing more on their psychedelic, progressive material as of late. With that said, the most impressive works in The Future Sound of London’s back catalogue are some of the duo’s earliest studio albums. The production of Lifeforms was well underway as Cobain and Dougans released Tales of Ephindrina under the Amorphous Androgynous banner in 1993. Accordingly, whereas Tales of Ephindrina did a great job in combining the techno of the duo’s earliest writings and the ambience of their later works, Lifeforms takes on a more complex, experimental structure. In doing this, The Future Sound of London not only cemented their status as one of the scene’s top acts, but also crafted one of the genre’s top records.

If Lifeforms was held back by anything at all, it would certainly be its large volume of tracks. There are longer electronic albums from that era, of course; case in point, The Orb’s Adventures Beyond the Ultraworld exceeds it by nearly twenty minutes. But with ninety-two minutes of material spread over nineteen songs on two discs, Lifeforms can make for quite the daunting listen nevertheless. That isn’t to say that it’s tedious, just a bit dense on the first few listens. Contributing to the album’s arguably inaccessible aura is the experimental direction taken by Cobain and Dougans. Album opener „Cascade“, for example, opens with a minute and a half of alien sounding overtures and spacey samples, before transitioning into a melting pot of said samples, a subtle, synthesized ambience, and light beats. And though much of the double album is spent experimenting with a delicate sound built on sweeping samples and shrouds of electric noise, it would be a mistake to pigeonhole Lifeforms into having nineteen different versions of „Cascade“. One of the album’s most impeccable aspects is its subtle format; there’s just so much going on in nearly every song that you’ll hear something new on each listen.

The album’s antithesis, then, is its title track. A hit single in the UK, „Lifeforms“ abandons the soft, discreet textures so predominately featured throughout the double album in favour of heavier ambient house influences. The song is owns one of Lifeforms‘ heaviest rhythm sections, making it one of the record’s more in-your-face-type tracks, and certainly the catchiest. Parts of „Among Myselves“ also echo the title track’s dancier moments, but not without applying the oddities heard in virtually every other track. And despite standing out as two of the few truly danceable tracks on a primarily ambient album, both „Lifeforms“ and „Among Myselves“ hardly sound out of place.

But as notable as the likes of „Lifeforms“, the driving „Flak“ (which incidentally features guitarist Robert Fripp of King Crimson fame), and the almost frightening „Spineless Jelly“ may be, the sheer scope of Lifeforms prevents it from being anything other than brilliant. Falling victim to the old quality vs. quantity debate, double albums tend to taper off the longer they go on. With Lifeforms, however, The Future Sound of London build off and improve on each subsequent track; consequently, to pinpoint a highlight is virtually impossible as nearly every song could make a case for such an honour. But such talk is moot in the end as Lifeforms is just such a rewarding record to listen to. It’s dense. It’s expansive. It’s relaxing, engaging, intimate, strange, perhaps pretentious at times, and an assortment of other positive adjectives. But above all else, Lifeforms is a blast to listen to and ranks up with the Boards of Canadas, the Shpongles, The Orbs as for as 90s electronic music is concerned.“ (http://www.sputnikmusic.com/review/29018/The-Future-Sound-of-London-Lifeforms/) 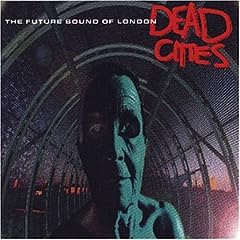