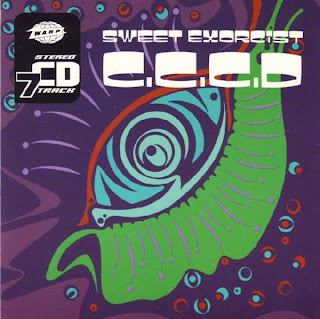 „Sweet Exorcist is a collaborative project between Richard H. Kirk (Cabaret Voltaire, Sandoz, Electronic Eye) and Sheffield colleague DJ Parrot. Although they’ve recorded together only sporadically since their critically lauded 1990 Warp debut, the pair have been dancefloor mainstays since the U.K. techno second wave of the early ’90s. Their works have been collected on numerous Warp compilations — including the Artificial Intelligence series and the Blech mixtape — thereby tagging them as techno-based listening music, but the group remain equally popular among the DJ set. Kirk and Parrot have also released, solo and in combination, a slew of EPs on the Alphaphone label under names such as Robots and Humanoids and Code Warrior, among others. ~ Sean Cooper, All Music Guide“ (http://www.artistdirect.com/artist/bio/sweet-exorcist/499289)