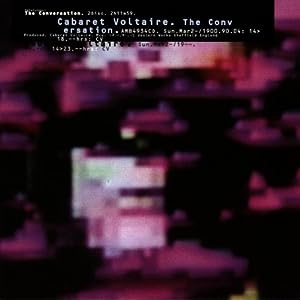 „The most abstract of the three Cabaret Voltaire albums released by Plastex/Instinct, The Conversation has the occasional flair of a film soundtrack, especially considering its two-hour sprawl across a double-disc set (the second of which features just one hour-long track). For the most part, however, most tracks just update previous albums Plasticity and International Language, though several feature darker textures more akin to early-’80s CV output.“  (http://itunes.apple.com/us/album/the-conversation/id121390436)