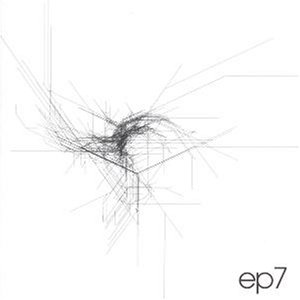 „On first listen, this record could give the impression that Autechre was turning into the techno version of math-rock (that undanceable, frequently atonal stuff that the kids in horn-rims seem to dig so much these days — Polvo, Slint, June of 44.). There didn’t appear, on first listen, to be as many nods to the classic electro-old-version-of-futurism sounds that make Autechre such an easy act to fall for. Another quick thought is that maybe EP7 sounds a little too much like Aphex Twin, which isn’t so bad, so much as it would have been a shame since Autechre has their own sound, and doesn’t need anyone else’s.

EP7 is not just the same old bleeps and bloops that one may or may not be used to from Autechre, and it’s not a drastic stylistic departure either. Tempos have become faster, rhythms more complex, and as ever, Rob Brown and Sean Booth have found a way to recycle the weirdest screeblings this side of your modem into melody lines.

Autechre’s music is innovative and as instantly recognizable as any singer’s voice. Every now and then a recognizable keyboard or drum machine sound might pop up, but its quickly swallowed by the most creative use of surface noise this side of Flying Saucer Attack. The results show up as rhythms that are anything but four-on-the-floor and harmonies that feature dueling washing machines instead of banjos. Autechre wraps their sonic constructions tight, and if you wish, they’ll seal you in with them. (Pearson Greer )“  (http://www.flakmag.com/music/epseven.html)